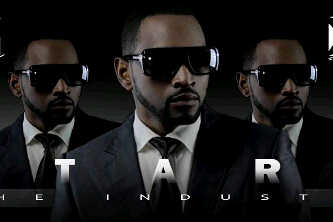 Over the years he has been perfecting his craft and getting better and better.
He has released hit songs such as “Photo shoot fresh”, ”Zimandola” , ”NDIMUVELEVELE” , “GBM, among others .

He is currently working on 2 albums which he plans on releasing on the same day.

KAPA187: What made you decide to release 2 albums at the same time ?

KAPA187: Tell us about the 2 albums “Pupwe Chulu” and “Zimandola”

STARN:Pupwe Chulu has more of a mature appeal and deep lyrical content appealing to an audience that appreciates quality music. For that individual that appreciates deep lyrical content, word play, and amazing Bemba Poetry, this album is for You. Every sound that’s in every Song was meant to be there. I didn’t want to feature so many artists on this project because I wanted to speak my mind out.

Zimandola album has an urban appeal to it, cementing the “Now” culture, which is really not so Zambian but a mixture of many other cultures. Music has evolved over the past 50yrs,so this album has some of the amazing sounds that are more of the “Now”. Hip hop appeal to all those who appreciate Big beats,Vocal ability,and falsetto ,all that I show it on this album.

KAPA187: Will the albums have a similar theme or will they be completely independent from each other ?

STARN:The Albums will completely be separate from each other. Each album has its own story to it.

KAPA187: Who are some of the artists you have worked with , is there anyone you would wish to collaborate with but haven’t had the chance yet ?

STARN:On my Traditional. I featured the likes of Maureen Lilanda, Lady Rossay, Mumba Yachie and just a few . Whilst I have ,Bobby East, Zone fam,Chef 187 and a few more amazing Lyricists. I wanted to work with young Blood , artists that have the same fire as I do, on my Zimandola album.

KAPA187: How will the album be distributed ?

STARN:My distribution is in two phases , Online and hard copy, online I have made arrangements to have my music on world wide distribution outlets like ,itunes,Spotify,cdbaby and more. I’m doing hard Copies for my Zambian people really, and both albums (CD’s) are going to be in every decent Outlet I see fit to support my BRAND.

KAPA187:In the recent past more and more Zambian music is being appreciated outside our borders .What needs to be done by you and other artists to move our music industry to the level of Nigeria or south Africa.

STARN:i Think Zambian music generally lacks promotion. We are by far better than most African countries but they have big companies behind them promoting their music and we don’t. What we need is not UNITY as most artists claim, to change this industry. Unity among artists is vital but can only do very little, what we need is a “VOICE. ” By voice I mean having internationally recognised distributors, promoters and stake holders that will push our careers for us In this business. My brothers “Zone fam” for example are now recognised in Africa, ask me why?? Because they have the right VOICE behind their music. Look at our videos, they are better than most videos on MTV Base and Channel O, but we don’t have the right voice to convince these people to play our stuff. So as artists we should therefore, target distributors like Sony and the like ,for us to compete fairly, otherwise we will for a long time go round circles.

KAPA187: Many of your fans first knew you as a gospel singer , what made you switch to a more “secular” type of music ?

STARN:Im a Good news deliverer,I don’t believe Music should be judged on religious merit, I believe Good music is good music. My music has always had an inspirational touch to it,that’s how I reach out. My fans are my fans because of Good music and I always give them that.

KAPA187: Any last words for your fans

STARN:I call people that Love or appreciate my music “Stars”. To all of you ,Thank You for celebrating my artistry. Watch out for the first ever in Zambia #Double Album Release , #Pupwe Chulu and #Zimandola Albums .

My name is Starn Daindustry Ladies and gentlemen-Am out !!! #bless

” My Album’s are being released in September. This is the first time in Zambian Music History an Artist is releasing two Albums at once.”