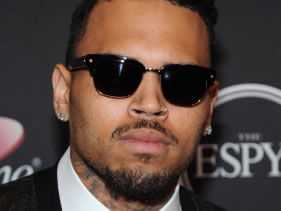 Chris Brown and his ex girlfriend Karrueche have taken to Twitter to address their issues. The “Loyal” singer tweeted about the importance of loyalty, a tweet which was clearly meant for his ex. He tweeted: “Loyalty is everything.”

Karrueche responded with a tweet of her own. She wrote: “What’s more important? Loyalty of your desires?” These two just need to sort out their issues… in private!